H is for Hamster 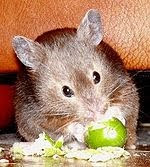 Hamsters are small, cheap, cute and furry. They don't seem to mind living alone, and they make ideal pets.

If you want to introduce your child to the concept of accidents, heartbreak and bereavement, you could do a lot worse than buy him a hamster. Because for some reason, hamsters (and other small furry animals, but especially hamsters) tend to come to sticky ends (they also get literally sticky ends in the form of a disgusting hamsters-only disease called wet tail, which is always fatal).

I have known many hamsters, and they invariably die before their time*. My brother contrived to cook his by putting it too near a stove, and my sister starved one by forgetting to feed it. My own children had hamsters, and in a garden in Staffordshire, there is a flower bed full of tiny unmarked graves. There was the hamster that escaped and hid up the chimmney until it eventually got bored, came down and met the cat; the hamster that escaped and came downstairs, and met the cat (cats tend to play an important role in these tragedies); the dreaded wet tail...I could go on, but will spare the feeligns of any passing animal-lovers.

We had many funerals (which is probably why animal funerals, strangely, feature in all my novels). One hamster was buried in a shoebox together with this heartbreaking little note from its owner:

"Dear Wilfrid. I love you and I miss you very much. I hop you have a nis time in heven".

Eldest son played his part gallantly (they weren't his hamsters), carrying the shoebox on his shoulder and marching solemnly down the garden to the graveside as the bereaved owner wept (eldest son may have been doing his brother a kindness, but he wasn't taking the occasion as seriously as might have been expected).

Then there were Russian hamsters (or were they Chinese? We had both at some time or other) which leapt up and attached themselves to our fingers with needle-sharp teeth. They looked particularly cute, but cute they certainly were not. I can't remember what happened to them (probably just as well).

So, my conclusion? Avoid hamsters like the plague. If you must do something small and furry, get guinea pigs, which have the most gorgeous babies (born with hair, eyes open, perfect miniatures of their parents).

Or, if you can afford it, a horse.

*Actually, I don't remember my first hamster, Victoria, coming to a bad end. But she did shred the new dining-room curtains and make them into a trendy green-and-white striped nest.
Posted by Frances Garrood at 23:48