R is for Rhinoplasty 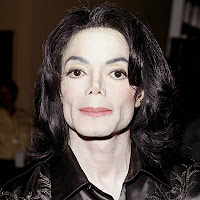 Now, I know that there are many people who really do need and benefit from nose jobs and other cosmetic surgery. Noses are highly visible, sometimes ugly, and if your nose bothers you so much that you can't live with it any more, then maybe having it altered will be of benefit to you. There are also people - burns victims, people born with disfigurements - who really do need cosmetic surgery to make their lives endurable. But for those others, I worry on two counts. Firstly, that it may be what's going on inside their heads rather than on the outside that is the real problem (self-esteem, depression, the search for the unattainable: perfection). Secondly, what are trained, trusted doctors doing messing about with the face of someone like, for example, poor troubled Michael Jackson? How could anyone with any sense of moral responsibility disfigure another human being in the name of medical care in the way that he was disfigured? Shouldn't people like him be helped in other, gentler, more ethical ways?

I recently saw on TV a girl whose ambition it is to have the biggest boobs in Britain(or is it in the world? I can't remember). She goes on regular trips to Spain to have her colossal breasts enlarged yet again (her mother proudly accompanies her. What is SHE thinking of?). Her breasts can't be done all in one go, presumably because the skin needs to stretch each time. She already looks grotesque.

But never mind. Eventually she will achieve what she wants, and can (and almost certianly will, because this is a slippery slope) move on to the next part of ber anatomy that needs rearranging. And her surgeon will be able to buy another Porshe.

So that's all right.
Posted by Frances Garrood at 16:10