David Isaac has posted an interesting question (on his blog, Tomorrowville) about the use of the word 'could', which put me in mind of another strange example of the use (or abuse) of tense which really bothers me. You go into a shop, and the assistant asks: 'what were you looking for?' or maybe 'did you have anything particular in mind?'

To take this at face value, it looks as though the assistant, in using the past tense, is assuming that you came into the shop wanting a particular item, but now no longer want it. Why do we do this? 'What do you want?' would perhaps sound too peremptory, but 'what did you want?' is plain ridiculous. Does anyone have any asnwers?
Posted by Frances Garrood at 19:14 4 comments: 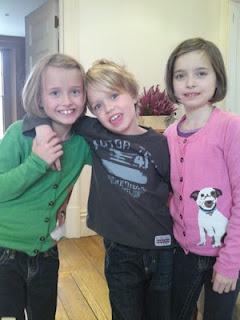 And why am I posting this? Because the WIP is proving a bit recalcitrant, that's why. And because I wanted to brighten up my blog with another photo .
Posted by Frances Garrood at 14:51 4 comments:

I read today that one of the books long-listed for this year's Orange Prize has to date sold just 188 copies, so there's hope for us all yet!
Posted by Frances Garrood at 14:28 2 comments:

Just occasionally, I've come across a novel which I can describe as life-changing. I've just re-read one of mine: Brothers, by Bernice Rubens. I've tried to analyse what it is about this book that makes it so special, but it's hard to pin down. It's not the best-written book I've ever read, nor is its story the most riveting, but it comes from the (her) heart, and this is manifested in the novel.

Brothers is the epic narrative of four generations of Jewish brothers and the sufferings (and the celebrations) they go through. It gave me an insight into what it is to be a Jew to such an extent that the first time I read it, I felt that I almost was one, and reading it again, I felt the same. For the second time in my life, I simply couldn't put it down. A great friend of mine, who felt about the novel as I did, wrote to Rubens to tell her, and in her reply, she said that she didn't think it was her best novel, but it was the one she was most glad to have written. As a Jew herself, it is possibly Rubens's testimony to her race and its sufferings.

Has anyone else read Brothers? And what life-changing novels (if any) has anyone read? I would love to know.
Posted by Frances Garrood at 18:50 No comments:

I am fascinated (and tempted) by the kindle and its friends, and maybe one day I'll succumb (if I can afford one). But as a writer, I feel very ambivalent about e-books. When I've written a book, one of the great pleasures for me is being able to stand back and look at it, or just hold it, handle it, feel its realness. I suppose it's a bit like doing a painting or making a sculpture (I'd be useless at either of these, so I can only guess), or even having a baby. It's the feeling of having created something which stands on its own; something apart from me. Something physical. It's not a pride thing; more a creative-satisfaction thing.

So while I'd be pleased if anyone wanted my books as e-books, it wouldn't be the same. And if my books could only be published as e-books, I'm not sure I'd feel the same about writing them.
Posted by Frances Garrood at 14:39 9 comments: