Memories of a good friend 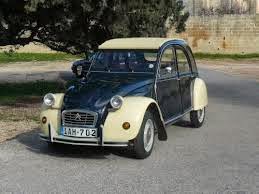 My first was bright red; my second, just like this one. They weren't new of course, but I did love them; perky, cheerful, cheap; plus, you couldn't speed in them as they didn't go fast enough. What was not to like? Fellow 2CV drivers all waved to each other; people either loved them (usually women) or hated them (nearly always men). No one seemed to be indifferent to them. Marmite cars.

My first was written off by number one son soon after passing his test ( they crumpled like paper bags on impact); my second fell apart. Nowadays. they are rarely seen, as Citroen stopped making them some years ago.

Soon, we are to have driverless cars.  Presumably, they don't really need passengers, either. We'll be able to sit at home while our modern, characterless machines go for little spins all by themselves...
Posted by Frances Garrood at 21:56 17 comments: 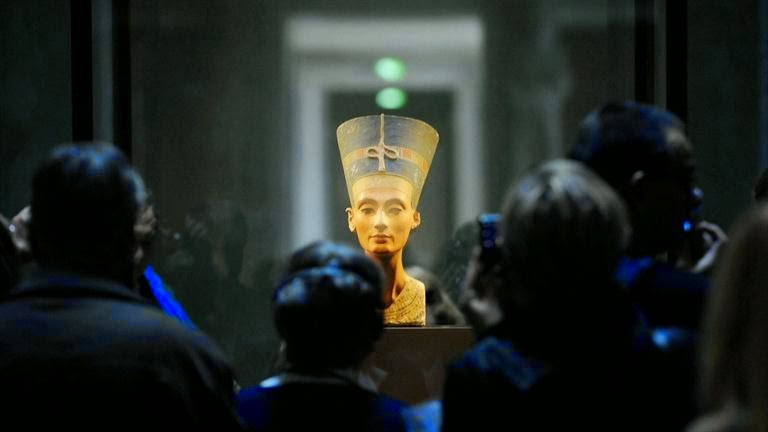 Seeing Susan, Felicity said,
"What on earth have you got on your head?"
"Don't you like it?" said Sue,
"Well, I can't afford new,
So it came from the lamp by my bed."


(With thanks to Tess at Magpie Tales for the picture)
Posted by Frances Garrood at 12:03 19 comments:

Is there fewer rain at the moment? 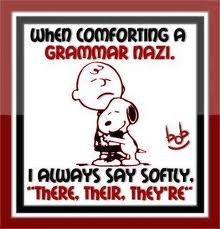 Sort of. But that's not what you'd say, is it? But in the last week, I've heard several people on the radio taking about "less people", and I'm afraid it drives me mad.

I know, I know. It's too hot for pedantry, but surely there are some things that sound so plain wrong that I can't understand why people persist in saying them.

That's all. For now. But I'm afraid this pedant will be back

(However, if you're in the mood, do let me know which grammatical errors bother you. Only pedants need apply.)

(And if anyone wonders why I carry on buying their stuff, on this occasion the are the only people who have the right shoes for a wedding. I haven't bought posh shoes for 16 years, and I was desperate.)
Posted by Frances Garrood at 14:45 7 comments:

I don't often buy your clothes, becaue they don't really suit me. I do, however, buy your children's clothes as presents, because they are gorgeous, and have just sent for a pair of shoes in your sale.So far so good.

But do you have to be so ridiculously over the top about it all? When I order something, you go into paroxyms of faux delight, and today I received an exceptionally silly email to tell me: hip hooray! Your order is on its way.... we're shifting heaven and earth to deliver your spotty parcel as soon as possible.

In answer to the last, no you're not. Your packing department are just packing my stuff up, as they always do, and putting it in the post. I don't need all this gratuitous jollity. I'm not a child. I'm a grown-up, with a credit card of my own (you should know that. You've just taken money from it). Moreover, if I don't use you for while, I get plaintive little emails saying how much you miss me. Again, not true. You have no idea who I am (apart from name and credit card). You would just like a bit more of my custom.

Boden, you provide merchandise; I'm a customer. Our relationship is purely professional. Now, get over it.

Not a good week

I've been wondering whether this is what a blog is for; but then, as it's my blog, I suppose it can be for anything I like. So here goes.

Driving back from Heathrow, nearly home after our cruise (of which more another time), I knocked over a cyclist. She appeared from nowhere, I wasn't driving fast, neither John nor I saw her (and I always give cyclists a very wide berth). The first we knew of it was a terrible crunch, and the sight of someone flying through the air. For the next ten sconds ( dashing out of the car, running back to where she was lying)I thought I had killed her. And in those few seconds, I knew - just knew - that if that were the case, I couldn't live with myself. Not ever again.

But she was alive. Lying in a crumpled heap in the wreck of her bicycle, she was conscious, not in pain, and so, so nice. I sat beside her, holding the bike frame away from her legs, and apologised and apologised, and she just kept on saying that these things happen, and tomorrow would be another day, and it was in the past now (whether she still feels like that now, I don't  know. I wouldn't blame her if she was now feeling pretty angry). Mercifully, she was later discharged with a few cuts and burises, but before we parted, we hugged each other ("an  interesing way to make new friends," observed the paramedic). The police were kindness itself, as were the paramedics. But it was one of the worst experiences of my life.

Then this morning, I received a letter from my death row inmate. Usually I can deal with these, but this was so heartbreaking as to be unbearable. He is lonely and hungry all the time; not allowed access to a library (he longs for books); and he wants to die. He ends his letter thus: "I think I'm going to die soon so I've been looking at the sky and the sun one last time. Life is beautful, my friend. I can't believe people take it for granted".

A quick one before I go, but I had to defend my choice of holiday after the comments on my last post!

Cruises are not unlike Kindles*, in that they arouse furious disgust at first, and then you try them, and then...well, then you may well change your mind. REAL books. REAL holidays. That's what we want, isn't it? But sometimes the alternative is quite acceptable.

My idea of a cruise used to be a crowded ship, all-day food (and much too much of it), dreadful evening entertainements, with rows of girls, arms linked, doing that up and down thing with their legs, women in white "slacks" with expensive tans and lashings of gold jewellery and too much make-up. Oh - and dinner with the captain, wearing full dinner jackets and posh frocks.

Ours aren't like that at all. Quite small ships (about 400 this time), wear what you like, food excellent but in civilised portions, and while you are invited to dinner with the captain (or the ship's doctor, or whoever), we usually say no thank you. I'd be the first to say that I'd love a Cornish cottage and long coastline walks, or long hikes in the Lake District, but with a husband who finds walking difficult, cruising is the next best thing.

I won't  have converted anyone, but I've said my piece. My own jury is still out on my feelings about cruises, but I'l let you know when I get back!