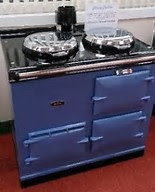 A verse and a competition

"I wandered lonely as a cloud" -
That's not my favourite verse.
Albeit that it's famous and
That there are many worse.
Wordsworth had little else to do
But scribble lines like these,
And dream of yellow daffodils
That danced beneath the trees.
But spare a thought for Dorothy*
Who beavered at the sink,
And washed his shirts and cooked his meals -
Doesn't it make you think?

Okay. Now for the competition. Please write a short poem starting with the same first line, and if there are enough entries, then a (very small) prize will be forthcoming for the best. (You're quite right. I have some much better things to do, but I'm just not doing them.)

Who needs language?
Posted by Frances Garrood at 16:40 9 comments:

Hello, autumn wardrobe, and an advertisement

The colour magazine of our Sunday paper invites readers to "say hello to your autumn wardrobe". Well, hello, autumn wardrobe, but haven't we met before?

The short answer is, yes. Last autumn/winter, and several more autumns and winters before that. My autumn wardrobe and I are old friends. It consists of jeans, shirts and sweaters. Oh, and boots. I love boots. My wardrobe contains clothes, not "pieces". "Pieces" is a pretentious word for clothes (either that, or I've yet to discover when a clothe becomes a piece).

But wait....what have we here? A new - yes, new - navy cashmere sweater, courtesy of Uniqlo. Now, I don't usually post advertisements, but if you haven't tried Uniqlo cashmere, then I urge you to do so. It's wonderfully comfortable, not too expensive,  and most importantly of all, it NEVER BOBBLES! Bobble-free cashmere is a rarity. I had my last navy one for years, and when it finally died, it was as bobble-free as the day it was born. In fact, I actually wore it until it was thread-bare as well as bobble-free.

I do have to confess to new boots, as well, but you (I) can never have enough boots.

Have you said hello to your autumn wardrobe?

(Note to Uniqlo: you're very welcome. But now you come to mention it, a gift voucher would be lovely. Thank you.)
Posted by Frances Garrood at 17:42 17 comments:

In trying to say something to John, I've just come out with this bewildering aphorism: "let him who is without stone cast the first greenhouse".

Now, I know what I meant, but I doubt whether anyone else would, and I've decided that the last miserable wits are finally trickling out of my poor wretched head. Worrying isn't it? Well, it certainly worries me.

Is this kind of thing happening to anyone else?
Posted by Frances Garrood at 13:22 15 comments:

Graham has posted on his blog about his dreams, and this set me thinking about mine. Last night I dreamt I was making lamb and red currant jelly sandwiches (not something I've ever made, I might add). What did you dream about last night (no cheating)? I know I've posted about this before, and asked the same question, but dreams fascinate me.
Posted by Frances Garrood at 13:53 9 comments:


This is a haiku.
I'm not a great fan myself;
I can't see the point.

Any comments in the form of haikus, please. And if you like them, please do tell me why (in haiku form as well, of course).
Posted by Frances Garrood at 21:04 25 comments: