A small but satisfactory triumph 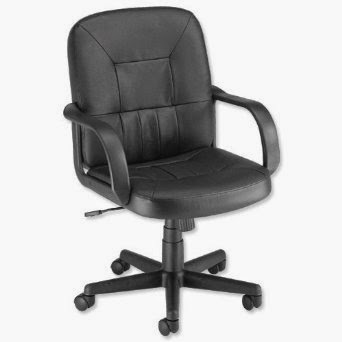 Do the words "self-assemby" strike terror into your  hearts? Of course, if one were to be pernickerty  - perish the thought - the words should mean that the item in question, upon its release from its mountains of packaging, jumps to it and assembles itself, but no matter.  It doesn't. And when the chair illustrated - that actual chair - arrived, it was in a flat box. Flat. Hmm.

John and I are not handy. Not at all. No DIY for us, but DISEPASAP (do it somebody else, please, as  soon as possible). So, the box sat in the hallway for a few hours, while we thought about it. But we couldn't leave it like that, and in the absence of handy sons (where are you, B, when I need you?), it was up to us. Me, as it happens.

Reader, I assembled it. No bad words passed my lips, not even when I found that there were not one but two kinds of screws, varying ever so slightly in size, and I'd used the wrong ones in the wrong (right?) place. The instructions, such as they were, were all in pictures, so no useful words to assist me. But notwithstanding interruptions (son asking for chicken stew recipe; neighbour locking herself out of her house. That kind of thing), it was finished in...well... it was finshed anyway.

My biggest mistake was to assemble it downstairs, rather than in situ, thus having to lug it up two flights of stairs, putting both myself and chair at risk (I wanted to surprise John, which was why I didn't ask for help. He nearly got a bigger surprise than I'd planned. I have a history of breaking my back falling downstairs).

That's all. Just a little boast (I don't expect anyone who doesn't know me to be in the least impressed).

Posted by Frances Garrood at 21:30