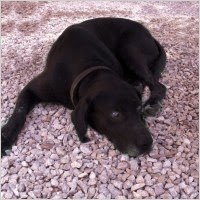 In common with many thousands of others, I feel so very sad for Robin Williams and his family. A great tragedy, and a terrible waste of a prodigious talent.

I've been there too. For much of my life, I suffered from depression. It's debilitating, mysterious, at times crippling. And however sympathetic others may be, they do not - cannot - really understand.

Everyone can identify with, say, a broken leg. It's easy to understand. It hurts, and you can't walk properly.You don't have to have one to have an idea what it's like. Not so depression. Depression feels like a lead weight, can come out of the blue, and can be totally paralysing. And only someone who has been there can understand. You may know you have a lot to be happy about; that there's no reason for it. But that makes it even worse. I recall my then GP, whom I must have called upon in desperation, looking at my two toddlers and telling me how lucky I was, because she couldn't have children. So that brought on even more of the guilt I already felt.

When I was a student, I was hospitalised for several weeks. The hospital was Victorian and very grim. We were watched every second of the day, and even had to ask for the taps if we wanted a bath (no privacy, of course). I was treated with a bizarre therapy called 'insulin therapy'. Lord knows how it was meant to help, and I don't think it did anything at all except  make me feel even worse.

But in a way, I was lucky. My black dog is now kept at bay most of the time, and during that time in hospital I met, among others,  the girl who is still my life-long closest friend. I also  learnt to listen, as there were so many who were worse off than I was. In the end, I think I was a better person because of it.

Robin Williams has left a tremendous legacy for those of us who can still enjoy his work. I hope that he is now at peace.

Posted by Frances Garrood at 22:17