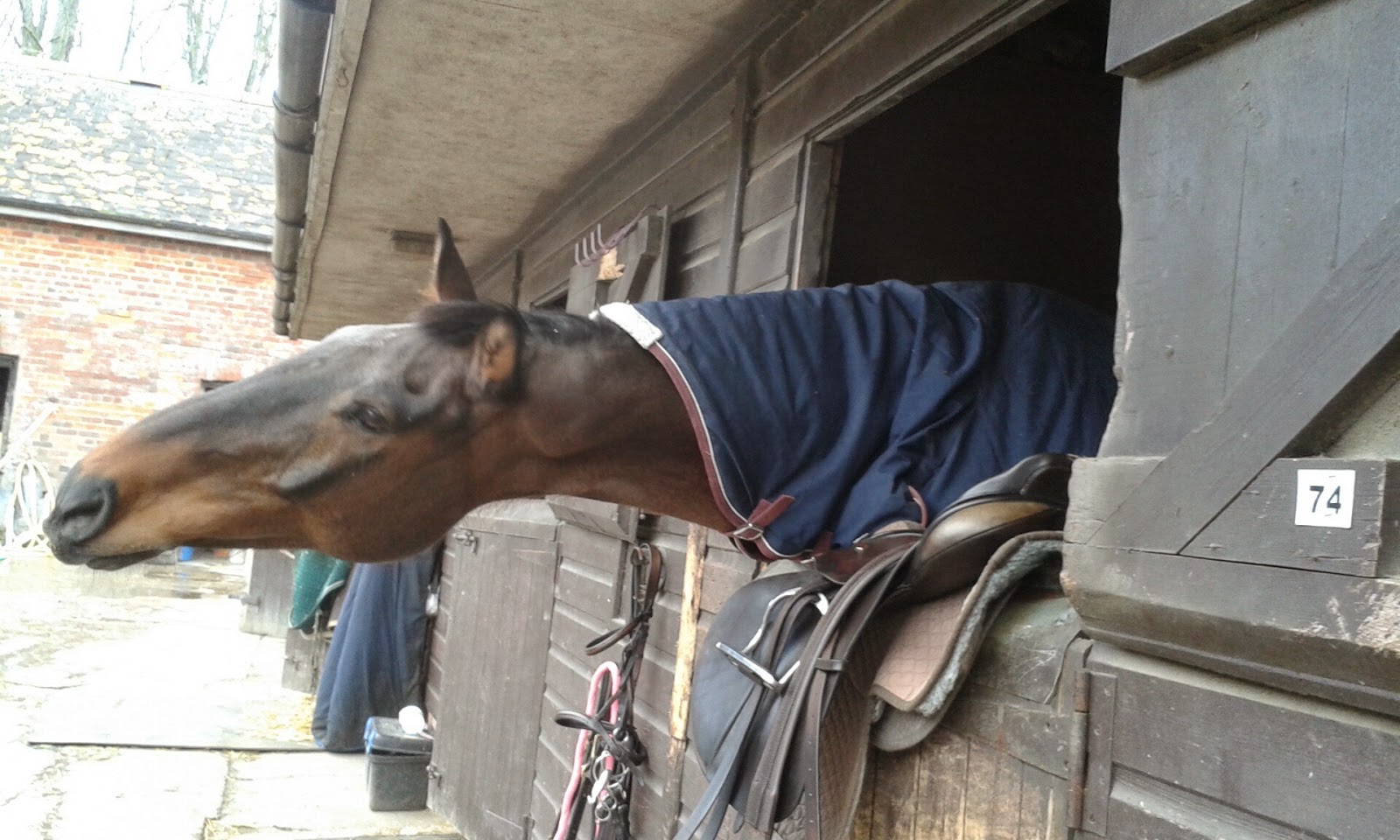 This is Fairy (real name Fairfax) begging for titbits. It's his "pretty please" face, and it works every time.He has a most engaging ways of tilting his head out and sideways (I didn't quite manage to catch that; this is the best I could manage this morning, with Annie holding out the goodies off camera) He likes to think he's a kind of zoo animal, and  that everyone has come to see him with their pockets  full of food. A kind of one-horse pets' corner.

Fairy will eat anything. His latest favourite was a piece of chocolate brownie someone had brought for the humans. But of course, he had to try it, and then nearly knocked me over searching for the rest (I'd eaten it). He was on a sugar high for the next half hour. He's also partial to Maltesers.

What else? He's greedy (of course) and kind, and everyone loves him. He's dreadfully spoilt because few can resist his pleas, so I've given up trying to be firm. I love him, despite his quite appalling behaviour this morning, on what was supposed to be a quiet, convalsescent hack (he's been lame).

He says he might make another appearance, if we're lucky. We shall see. He doesn't say as much as Titch used to. He says he doesn't need to, and that he prefers to use  body language. Himm.
Posted by Frances Garrood at 15:17