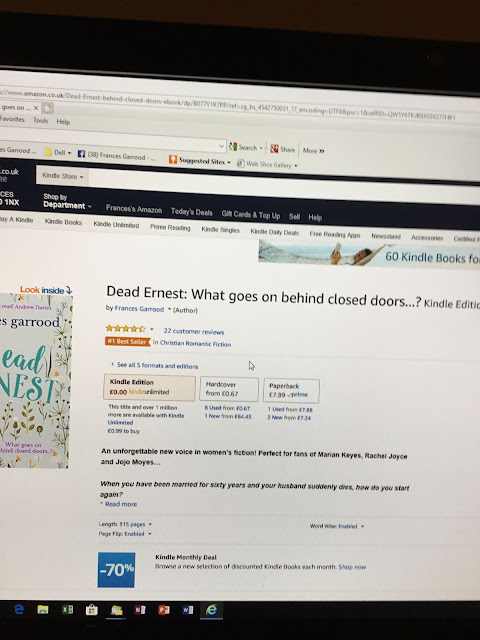 Well, this was a bit of a surprise! Dead Ernest (last night - it's been deposed now) was Amazon no.1 in Christian romantic fiction. I'd no idea there was such a thing, and the link in this novel is a bit tenuous (an almost-adulterous vicar), but I'm not knocking it. I'd hate the book to be considered churchy or prudish, but at least its being considered! (Still available on Kindle for only 99p. Just
saying…)
Posted by Frances Garrood at 10:33