Not a lot, but perhaps one of the following: a litre of milk (almost), a loaf of cheap bread, a tin of tomatoes, 3 eggs, four small Cadburys chocolate frogs (almost). But none of these will last as long as a book. 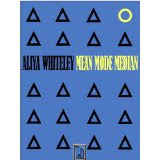 Aliya Whiteley's novel Mean Mode Median has been reissued by the new electronic publishers, Thirst eDitions, and is currently available from Amazon as a Kindle edition at the promotional price of 77p.

This novel is a delight. Aliya herself calls it "a bit mental", but I would say that it is quirky, original and fresh, as are the characters. There is the mysteriously charismatic Edward, his sister Anna, and their rather bewildered father, James. Then there is Lily, Anna's and Edward's mother - or is there? She hasn't been seen for thirteen years, and rumour has it that her cremated remains are in a jar somewhere in the house. On the other hand, she could just be lurking upstairs, like a latterday Mrs. Rochester. You will have to read the novel to find out.

The narrative bowls along at a good pace, the descriptions are wonderful, as is the characterisation. I thoroughly enjoyed this novel, and would encourage anyone to buy it.

After all, what better use can you find for your 77p?
Posted by Frances Garrood at 16:30