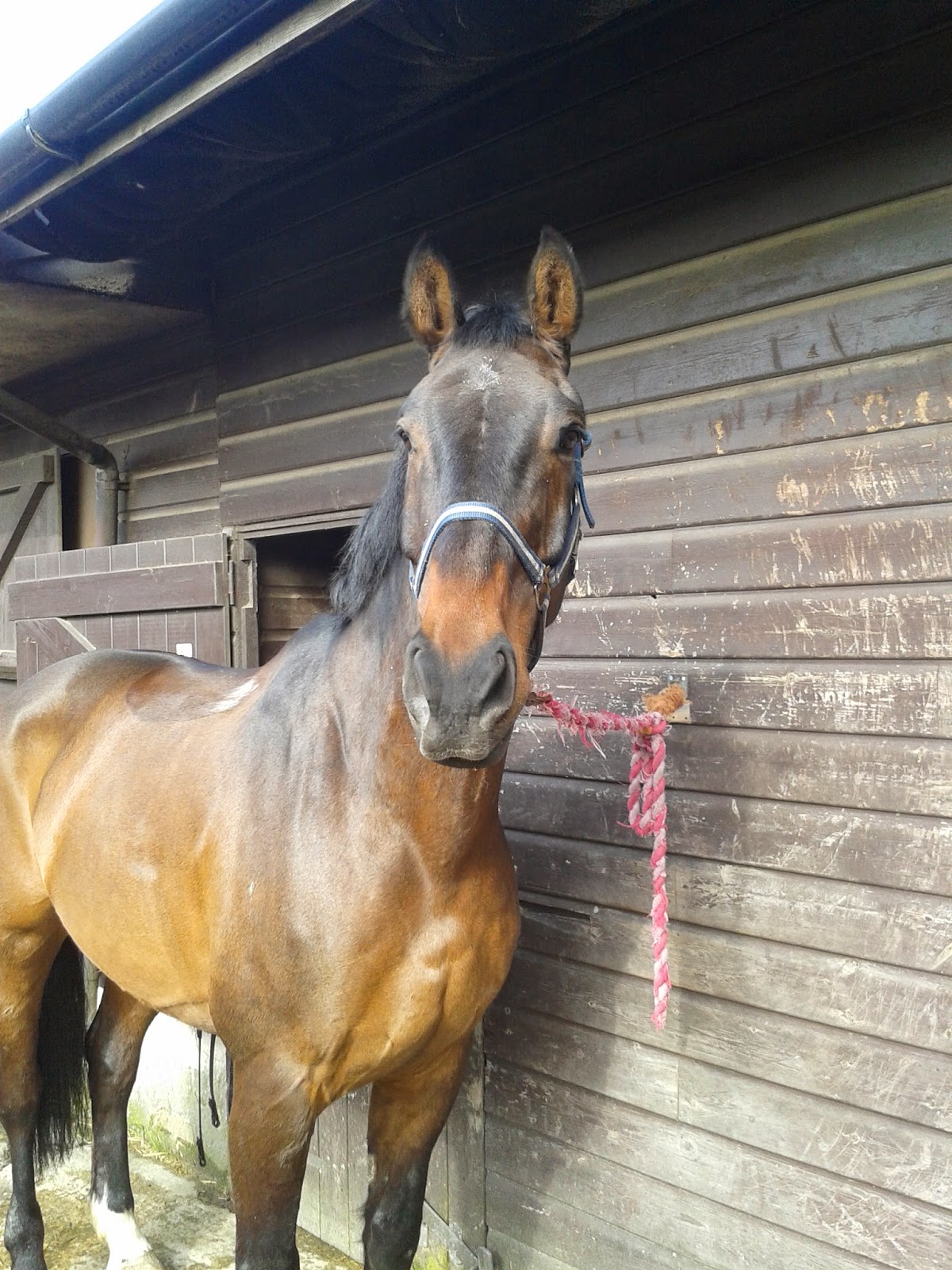 The blogger at where's my effing pony (I'm afraid I don't know her name. If you're reading this, apologies) has said she wants more news of Fairfax, so here he is. He's a bit shy abot the frayed pink lead rope (he wanted a blue one) and the tatty headcollar, and would like to explain that neither item was his choice (they weren't mine, either. They came with him, like Paddington bear's duffle coat. And as I explained to him, if he's turned out in the field in this headcollar, it doesn't matter if it gets muddy. To which he replied, whose headcollar is it, anyway? And I said....oh, never mind).

Anyway, Fairfax is very well, thank you, although we could both have done without the low-flying helicopter and the paraglider and the Thing in the Hedge that we came across this morning, but we recovered (the photo was a Before photo. We didn't take an Afterwards one). He may speak for himself at some stage, but he's still thinking about it. Unlike Titch, he's not given to talking about himself, and he didn't have a Very Posh Father (in fact, he has no idea who his father was; or his mother come to that. His parentage, like his birthday, is cloaked in mystery).
Posted by Frances Garrood at 22:31