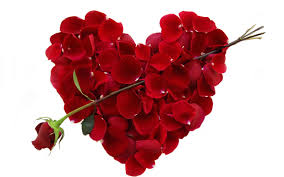 Valentine's day has for many years been what my late mother called "a commercial racket". Today, the shops are full of pink/red cards and those red roses that flop as soon as you get them home (do men now KNOW this? And they'll be way past their best by Wednesday, even if they don't flop).

But the prize goes to my beloved son-in-law.

"So, do you want flowers on Valentine's day?" he asked my daughter. To which she (reasonably) replied: "you don't ASK me! THAT'S NOT WHAT THIS IS ABOUT!"

As she later explained to me, not only has be spoilt any surprise, but now she looks greedy if she says yes, and won't get any if she says no. He's put her in a lose-lose position.

And my own dear husband? Well, he's just told me, joyously, that a son is planning a "surprise" visit on my birthday.

Posted by Frances Garrood at 14:50