How some scientists spend their time 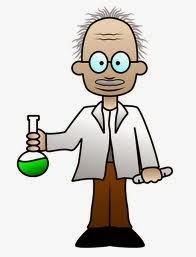 Three recent piece of "research":
1. One has concluded that the reason for the menopause is that if women continued having children for the rest of their lives, then their grandchildren would have to compete with these new babies for food. Did anybody bother to ask a woman before wasting their time on this rubbish? Have any of them tried running after a toddler all day after, say, the age of about 55, or coping with those endless broken nights? Did it not occur to them that women have to live long enough to see their children out of the nest (men, it would seem, do not)? If we women carried  on breeding for ever, there would be octogenarians running in the mothers' race on sports day, and breaking their hips.
2. The reason brides (apparently) put on an average of five pounds after their weddings is still not conclusively proved. Well, here I (or again, any woman) can help. You know that ever-so-slim dress the bride wore at the last wedding you  went to? Did you honestly think she was always that shape? Of course she wasn't. Brides put on weight after their weddings because they no longer have to fit into their frock. Guys, why didn't you ask a bride? It would have saved you  a lot of time.

3. Women apparently reach their sexual peak at 31. Really? How do the researchers know? Can anyone reading this identify the age at which they reached (or hope to reach) their sexual peak? What is a sexual peak, anyway? I can barely remember being 31, never mind sexual peaks.

4. (This morning's Times) Goats are intelligent.

And we're supposed to be in the middle of a recession.
Posted by Frances Garrood at 16:26